Year 6 Netballers win their Division 2 league and are runners up at the Small Schools Netball tournament! 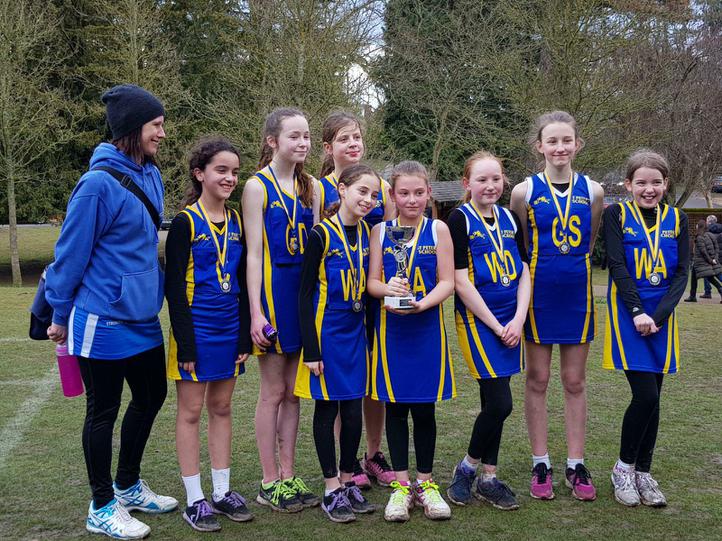 In the final netball game of the season, the girls played their best netball to date, putting up a much stronger performance against Bowmansgreen than their previous encounter. In a tightly fought game, St Peter's held them to a 3-3 draw until the 4th quarter, but Bowmansgreen's GS scored some excellent goals to make the final score 5-3. The girls should be proud of their efforts, and were highly commended on their improvement by the Bowmansgreen coaches!

On Saturday, the Year 6 Netball team represented St Peter's brilliantly at the St Albans Schools’ Netball tournament. They played exceptionally well in their second game, winning 3-2 with goals from Emily and Evie. They were up against some tough opposition, but held most teams to close losses, and their positive team attitude and resilience led to the umpires voting them as joint winners of the Daphne Payne trophy. Well done girls!

On Thursday 2nd February, our Year 6 Netball team played an away match against St Alban and St Stephen. This was their first competitive match and they gave it their all. Throughout the game you could see their netball skills continue to develop and they battled until the end. Unfortunately on this occasion they were beaten but the opposition commented on how positive the team were. A special mention to Polly who was awarded player of the match by the other team.

Well done girls you should be very proud and I look forward to seeing the next match.

St Peter’s is closed until further notice – we will keep you updated with further news as we receive it.
Top
Cookie information
Cookie Notice